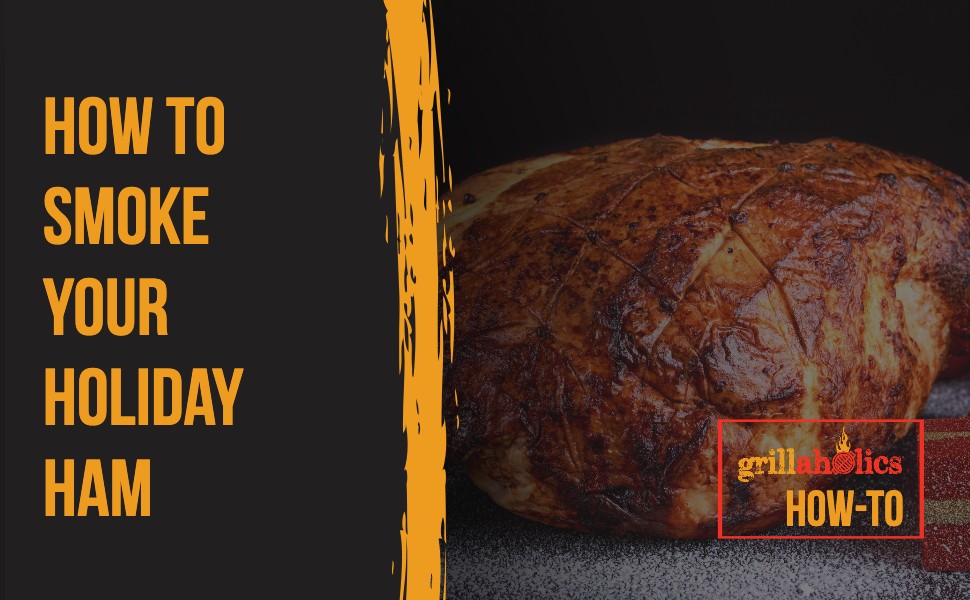 Ham seems to be one of those holiday meats that is either hit or miss. Either someone REALLY knows what they’re doing, or you end up with something that’s tender, but extremely dry.

We want to fix that this holiday season.

With just a little help from your own smoker, we’re going to help you make something truly awesome out of your store-bought ham.

The good news is that you don’t need to buy anything special. All you need is a standard, cured ham. Heck, even an already-smoked ham is just fine for this project. We’re not reinventing the ham here -- instead, just elevating it. The only off-limits thing here is an uncured ham. Smoking an uncured ham is going to result in a more barbecue, pulled-pork style result. While that’s delicious, we’re aiming for a more traditional holiday ham (this time).

Here's the deal… People typically buy these hams and then roast them in the oven. This does… absolutely nothing. When you bring the smoker into the picture, though…we’re into ‘game-changer’ territory.

The above-described ham, some aluminum foil, your favorite rub, some apple juice(ideally in a spray bottle), a smoker or smoker box, and your favorite smoking wood. We’d tend to avoid mesquite here, though -- it can be pretty overpowering.

The obvious first step is to thaw the ham. From there, you’ll want to pat dry the entire exterior (important). Any excess moisture is going to create problems for you throughout this whole process. Then, apply whatever rub you’re using to the ham. Keep in mind that you’re going to re-apply this rub later, so you don’t need to go crazy.

Once your smoker is set up for indirect heat and warmed up to 225 degrees, you’re ready to get smoking (the ham, that is). Place the ham directly on the grates, and let it go for about 2 hours. After two hours, remove the ham from the smoker and wrap it in aluminum foil. Before you’ve closed the foil, spray or baste your apple juice over the surface of the protein. You want to do this when it's partially wrapped in foil, to trap that apple juice flavor completely.

Once the ham is basted and wrapped in foil, smoke it again (in the foil) for another hour, or until it reaches an internal temperature of 145 degrees. From here, unwrap the ham, and put some more of your rub on the exterior. Spray your apple juice on the ham, and return the unwrapped ham to the smoker for another 30minutes. That’s going to create a sticky, sweet, and beautiful glaze on the outside of the meat.

Once it’s all said and done -- put the ham on the table, and let your friends who roasted their ham in the oven hang their heads in shame!

Products Used in This Article Let’s be real, everything tastes better on the grill. With the Grillaholics Smoker Box, you can add delicious smokey flavor to your meat easily. In no time, you'll be grilling like a pro.